When you need to visually expand the space of your room you should consider Bay and Bow windows which will create such an illusion. The projected bay or bow window curve will give you a wider angle view of the outside, something which a regular window cannot do. Bay windows were being built in different epochs, they became especially popular at the end of the 19th century and up to the present they attract many homeowners.

Being a version of a bay window, a bow window will also open up a room and create a spacious appearance allowing more light to enter and of course will add exquisite style and glamour to your place. The difference of a bow window is that it has about 4 or 5 sections and therefore creates a curved shaped and a circular appearance. Having a larger number of glass panes, bow windows allow more light into the room than bay windows and they also can be placed around the corner of a house, for a greater panoramic view. Although, bow windows offer a smaller nook space since they don’t protrude that much from the wall. 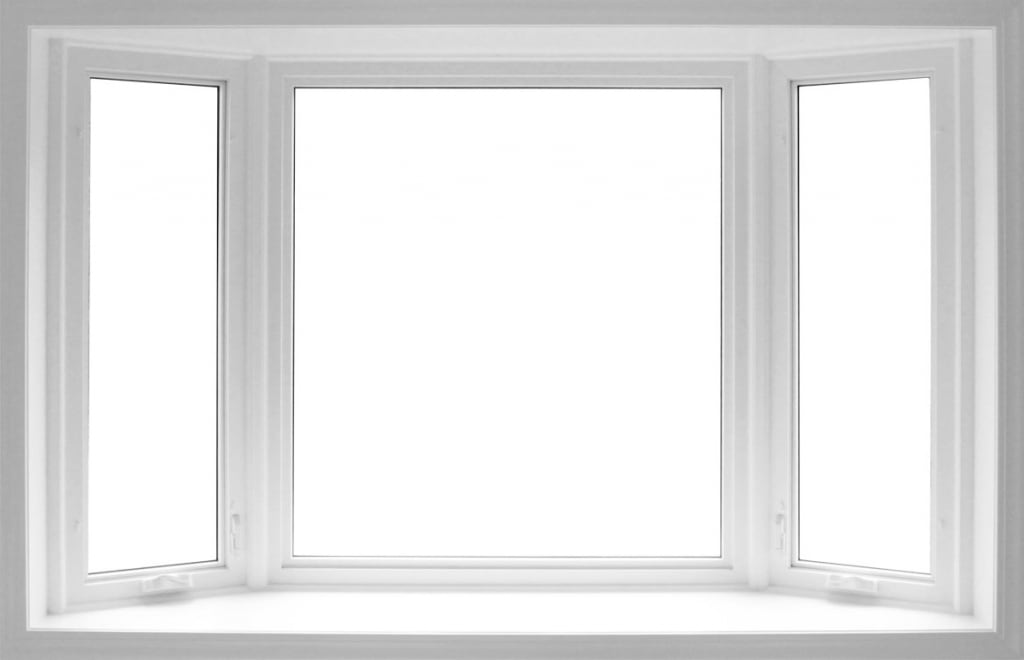 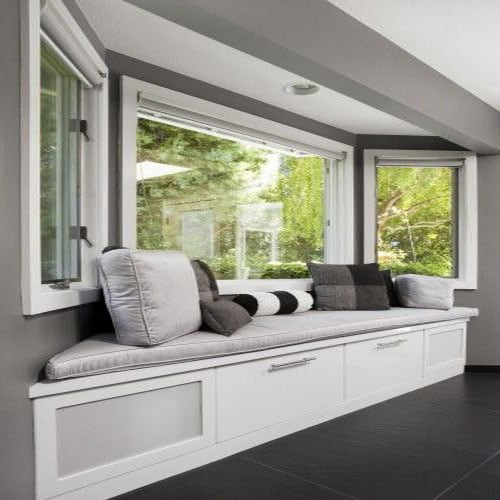 How They Are Built

All projecting window constructions are generally called bay windows. A typical bay window consists of a fixed window in the center and casement windows joined to it from every side. A bow window usually consists of 4 or more windows forming a curve. Our bay and bow windows have reinforced frames and sashes to keep air and water out. Better insulation is provided by reinforced vinyl chambers and triple-sealed frames. For special features please refer to our Casement Windows page.

Installation is crucially important for a good performance and a long lifespan of a window. Therefore we work only with experienced teams of installers who know their job and are true professionals of the industry. Our experts are capable of doing the following types of window installation: retrofit, stud-to-stud and brick-to-brick.

There are four standard vinyl jamb sizes available for the installation of your windows. Besides, at Northview, we can also provide wood jamb extensions as well as corner blocks and frame mouldings – just to ensure our customers receive smooth and beautiful looking windows.

Our brickmoulds are manufactured from durable and maintenance-free PVC powder compound and provide a year-round excellent performance in the Canadian climate. Our brickmoulds are available in a variety of sizes and colors so your new windows can blend seamlessly into the exterior appearance of your house.

We offer a large assortment of vinyl trim options for the exquisite and stylish finishing touch. The aesthetics of our trims are enhanced by advanced technology which ensures the material will stay durable and free from color changing for years. We offer a standard and custom palette of colors.